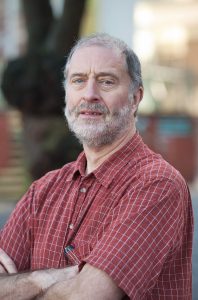 Second of Two Provocative Statements About a Philosophical Understanding of Sustainability

I’ve got ten minutes left. So I want to make another provocative statement that’s not in my paper but was stimulated partly by Chrisna, who said “We need deep inner personal transformation.” And Peter I think said “we need personal conversion.” Over the last five/ten years I’ve been gradually thinking this: that if we’re going to solve the issues of sustainability and climate change, we need deep inner personal transformation.

Peter: I think John Wilson also made that statement.

A: Yes, I think he did. Several people did.

I joined the Green Party in the 1970’s, it’s now 2015, forty years later. The problems haven’t been solved, anything like. The heart of the people has not been changed.

Let me just tell you a few things. It’s what we’re going to go provocative about. One of my colleagues, one of my friends, in deference to me and my green ideas, he changed his car for a small car in the 1980’s/90’s. But then he got a Jaguar and he explained that his son had said to him, “Well maybe God wants you to have what you like.” The problem was that, although he did his duty and got a small car, his heart wasn’t changed. He was still hankering after whatever it was, a Jaguar or whatever it was. This ‘hankering-after‘ needs to change.

Peter: Use the term ‘aspiration’?

So my second provocative statement is this.

Now I remember Michael Howard or somebody from the conservative government saying “prison works” and in fact it turned out that prison doesn’t work, so maybe it will turn out that Jesus Christ doesn’t work.

Now I say this in an academic situation where most people will not be Christian believers, will not be followers of Jesus Christ. So I’m not saying this to try and convert to you or to try and argue. I’m saying this as a kind of theoretical possibility – for which research is needed. And it has never been researched. Let me explain.

Jesus Christ can change the heart, that means things like aspirations, I’ve got a list here. Attitude, uprightness, world view can change, mind set can change, aspirations, expectations, motivations, enthusiasms. ?Leaned? people who can exercise leadership in their community, good leadership because they’re self-giving and so on.

The second point is: there is historical evidence for this working, which is not usually talked about but occasionally is. I’m thinking in terms especially of spiritual revivals. First of all there was the Reformation (now the Roman Catholics here might not like what I’m saying here, seeing that as a spiritual revival). But the Reformation helped people see that you didn’t have to come to church and go through all the church hierarchy to get to God. You could approach God directly and be justified before God by the work of Jesus Christ direct, not through the Mass and through the Virgin Mary. That had great affect. But it then deteriorated.

In the 1700’s John Wesley and George Whitefield preached to the minors. Because, even after the Reformation (it had deteriorated), [and] the hard-living, ‘uncouth’ miners were told, “You clean up your lives, then put on suits, and come to church and then you can learn about God.” John Wesley and George Whitefield said “No!” They preached directly to the miners and said, “You are sinners. You need to repent. And then Jesus Christ died on the cross to get you forgiven,so that you are acceptable to God as you are, without any church.” Thousands listened, thousands flocked to their preaching and discovered this for themselves. And then they changed their lives, as a result of what Jesus Christ did in their hearts. And so, for example, drunkenness diminished, cruelty to women diminished, and so on. And the Methodist Church was born. (In fact the Methodist Church has {also} deteriorated over the years.)

The 1800’s the Skye revivals in the Isle of Skye in Scotland, that I’m now reading about, similar things happened. Then there was the Evangelical Awakening in the 1800’s, that brought in the Factory Acts and workers’ rights – and also animals {rights} interestingly. And then there was a Welsh revival in 1904, that had a similar effect of the Wesley revival.

But there’s more. Because of the Wesley revival and similar work going on in the 1700’s, William Wilberforce was motivated by the Spirit of God (because his heart was changed), in Parliament, to try and ban the slave trade. Every year he put forward a bill to try and ban the slave trade for twenty years, and after twenty years it succeeded. But he was motivated by Jesus Christ – not by Church, not by Christianity. He wrote

“I feel God has given me two great objects in life: The abolition of the slave trade and the reformation of manners.” (By manners he didn’t mean etiquette, he meant attitudes.)

And Eric Metaxas, in his book on Wilberforce commented that what Wilberforce and his colleagues did was more than abolish the slave trade and later slavery. He changed the mind-set of a whole generation. Because, before that, slavery was seen as the natural order of things and it was something that upheld the economy of Brittan, especially while they were at war with France. And so, it was very difficult to argue to ban or abolish the slave trade – and also the Bible didn’t actually say anything against slavery, much. But his heart was changed by the Spirit of Christ, and the slave trade was banned or abolished – and the people agreed with it.

The thing is, the way I see it working is like this; You don’t need everyone to be changed by Christ, there’s a person whose heart has changed {pointing to a diagram with a central person} and they affect others – perhaps other Christians whose hearts have half changed, and half changed their lifestyle – which affects others who are maybe not Christians who have partly changed their lifestyle and ethics, and so on. And some of these might be people in Parliament.

This is my thought for sustainability. What we need is thousands of people discovering having their hearts changed by Christ.

Now I must finish, there’s a lot more I could say. This is the first time ever, that I’ve said this in public, so very raw and it’s provisional, I’d be grateful for feedback.

But I want to say something. It could be that other religions or other ideologies work just as well. What I know is, there is historical evidence, from the revivals, that Christ has worked. So I’d like to recommend that – as the idea that Jesus Christ works – as something that ought to be researched in the sustainability community.