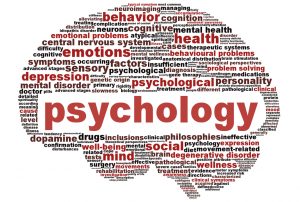 Effects of smacking on a child’s behaviour

A quantitative evaluation (“meta-analysis”) of all the published research on the disciplining of children by use of physical punishment was published in March 2005 by Robert E. Larzelere and Brett R. Kuhn in Clinical Child and Family Psychology Review (volume 8, pages 1-37).

The authors’ conclusions indicate that both pro- and anti-smacking lobbies should modify their standard positions in the light of controlled studies of the effects of the multifarious ways in which adults attempt to exert discipline over children.  As always of course, there are many issues that need further research.  Yet the review clearly illustrates how relevant evidence can be obtained.  Although the usual effects of a smack are not the sole consideration, advocacy from principle, experience or conviction should face these realities.  Also the level of public discussion needs to be raised by the incorporation of distinctions among modes of discipline that the evidence shows need to be made.  It trivializes the debate to focus on the appropriateness or not of lightly slapping a child: serious treatment of the issues considers differences in what goes with the smack.

The standard objections to smacking are partly based on theoretical principles.  One of these is included in B.F. Skinner’s doctrines of the reinforcement of behavior[u]r – namely, that aversive stimulation has only a short-term suppressive effect on the ongoing activity.  The evidence so far is that physical punishment is no less effective in the long term than any other way of trying to control children’s behaviour that has been tested objectively; it may even work better.

The second principle comes from the social psychology of aggression: the theory is that physical discipline (purportedly prosocial violence) promotes antisocial violence by the one who is disciplined.   In fact, the studies reviewed showed no more, and sometimes less, antisocial behaviour after any type of physical punishment than after the non-physical disciplinary tactics tested.   Even more importantly though, for both sides of the debate, spanking was more effective at reducing aggression in young children only when it was used in certain contexts: these were alongside reasoning, with removal from the situation or for a particular sort of misbehaviour such as defiance.

This is important for those who advocate or decry smacking to take into account.  What goes with the smack has effects which are independent of how forceful the contact is.  So the issue is not a mild slap versus a hard slap, or even just a touch versus a beating.  The reviewers conclude that there is remarkably little evidence that greater severity of physical punishment has smaller or larger effects on immediate or longer-term misbehaviour.

It seems to me that much more attention needs to be paid to the functioning of each physical contact within the child’s mind.  The same applies to speaking more loudly or using imperative syntax.   Is it primarily to catch the child’s attention?  If so, to what? – what the toucher, smacker, restrainer, shouter or commander has to say right then?  the presence or the particular views of the intervenor?  an expression of loving concern?  Or is the intention primarily to induce distress such as physical discomfort or public embarrassment?  Is sheer retribution any part of the principle “spare the rod and spoil the child” or, for an immature person particularly, must any punishment always be an integral part of corrective and educative instruction?

Research into these issues requires not just the comparisons of average effects in groups receiving different packages of treatment.  It requires the elaboration of such designs, and of less controlled studies, to track effects of each incident on what the child intends to do right then and in future.

I am grateful to John Steley for drawing my attention to this paper over the members’ email group of the UK Network (now British Association) of Christians in Psychology: