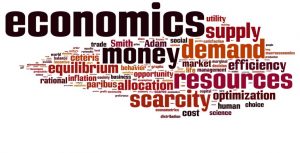 Economists who are also Christians (or should it be the other way round?) have been thinking about the relationship between their subject and their faith for a long time. Indeed economics as a discipline began as a branch of moral philosophy. There has been a formal Association of Christian Economists in the UK since the early 1980s and it started producing the ACE Journal in 1985. A similar group with the same name in North America began to produce the ACE Bulletin since about the same time.

The UK Association now meets at Sidney Sussex College, Cambridge, for an annual study group conference. Our North American friends sponsor a session in the American Social Science Association (ASSA) meetings in January each year. In the UK we have around 90 members drawn from economists in research and academia, from business economists and consultants and from the Government Economic Service.

There is an old adage that if you put 100 economists in a room then you will get 101 different opinions, and Christian economists as a group are no exception to this rule. There is however a good deal of agreement about the foundational biblical principles which should govern economic prescription. The problem arises in deciding how to apply those principles to particular economic policies. Consequently it is possible to find Christian economists who favour a “laissez-faire” minimal state invention approach, such as Brian (now Lord) Griffiths in his 1980 London Lectures in Contemporary Christianity, as well as those who are deeply suspicious of unregulated capitalism, such as Michael Schluter and David Lee in their 1993 book “The R-Factor”.

What are the principles around which Christian economists unite?

These include the principle that we are stewards, rather than outright owners, of God’s creation and the resources it provides for us. Stewardship implies responsibility; it also implies a right and an obligation to work.

Economic activity is a social activity and must take into account relationships with others. All people should have an opportunity to share in the world resources, particularly in order to allow for the provision of basic needs such as food, clothing and shelter.

Finally, most agree that the rich have an obligation to help those who cannot help themselves.

One important feature of these principles is that they are all value judgements derived, however loosely, from biblical ethical principles. This approach stands in stark contrast to the “positivist” tradition in modern economics, which labours under the illusion that modern economists describe and prescribe from the world as they find it without recourse to any ethical framework governing how people ought to behave.

Yet how far can one get in using the Bible to provide prescription of economic policy ?  In fact there is an awful lot of economic policy in the Bible, particularly in the Old Testament.  However it is open to debate if any of it should be applied to the modern world. For example Leviticus 25 proposes that all debts should be cancelled every 50 years, and yet no-one is seriously proposing the re-introduction of regular “Jubilees” (although there is currently a very serious campaign for a one-off Jubilee for Third World sovereign debt). The Bible forbids usury, which it defines as any amount of interest, and some Christian economists do discuss the possibility of a financial system based on sharing of profit in return for credit.

Those economists and social thinkers who argue for the direct application of Old Testament material to the modern world fall within what is known as the theonomic approach. At the other extreme are those who argue that there is little if anything that can be directly applied as economic policy from Scripture: biblical ethical principles, such as those outlined above, ought to govern human behaviour in the economic sphere but formulation of economic policy is a secular, technical problem which can be solved independently. For all approaches within this continuum, the challenge is formidable because it involves both hermeneutics and also the ideological nature of much of economics.

Recently, in a sermon in my adopted home town of Aberystwyth, John Stott prayed that God would raise up Christian economists to promote a distinctively Christian input to economic policy making and to challenge the accepted theoretical orthodoxy.  I can report that God is at work – there are Christians with faith in what Keynes called the “dismal science” and we do have a small but growing voice within our profession.