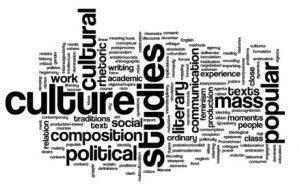 Until his death [in November 2004], Jacques Derrida’s name had probably appeared in more lecture notes, articles and academic conversations than that of any other living thinker. Long regarded as the patron saint of postmodernism, the French theorist made an impact that extended out of the Academe and into wider cultural life.

This applied to those parts of the church that sought to understand the changing world it wanted to reach – an admission itself that he had influenced the way we think. Not that this was considered beneficial by all – if Christianity was about knowing the truth, then questioning the very idea of truth could be dismissed as the quibbling of a post-modern Pilate, one more attack on the essentials of faith.

Thus, when a writer constructs a text, a reader may find meanings that were not intended by the author. All language becomes a giant Freudian slip, and all texts can be deconstructed to reveal insights that were not deliberately placed there. The end result is that the author no longer has any authority to claim the ‘true’ meaning of the text, nor can there be any one universally applicable meaning. Truth, like the Kingdom, is a matter of différance – both here and not here.

Far from being morally relativistic, such thinking encourages us to give voice to those who have been marginalized. This ethical challenge extends keenly into a church that has been embarrassingly quick to exclude those who do not immediately succumb to its own certainties.

God has revealed himself, but we cannot claim to have understood the full extent of this revelation. We run the risk of forgetting that our descriptions of God fall short of his glory and allowing them to become substitutes for God; we run an even bigger risk of judging others according to those uncertain descriptions.

Previously posted on the ‘connecting with culture’ section of the website of the London Institute of Contemporary Christianity, http://www.licc.org.uk

In the vigorous discussion that follows in the LICC website, J. Fletcher mentions finding the following article helpful in separating out the useful from the destructive in postmodernism: http://www.leaderu.com/real/ri9802/wallace.html