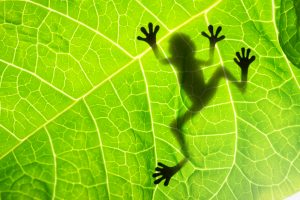 The Revd John Stott has suggested that Original Sin is transmitted ‘horizontally’ (to contemporaries) as well as ‘vertically’ (to descendants).  Current scientific forms of this view are considered for the Image of God that is created in humanity as well as the sin that we each inherit from its first committers.

Dr Graeme Finlay is Senior Lecturer in Scientific Pathology at the University of Auckland who works in the Cancer Society’s Research Institute.  His paper for the Faraday Institute for Science and Religion in Cambridge argues that “Our DNA tells a story that describes our biological origins during mammalian evolution, but that is not sufficient to account for our origins as persons. We are formed as persons only as we hear and assimilate stories transmitted in our families and communities.” Human genomics and the Image of God (PDF file)

Prof David Booth works in biosocial psychology at the University of Birmingham.  He spoke at a joint conference of Christians in Science and the American Scientific Affiliation on the relevance to biblical passages about the Image of God and Original Sin of recent advances in distinctively human aspects of interactions between genetic expression and cultural practices during the individual’s development.  A long abstract  is on the internet.  “Biological and Cultural Factors …” Abstract (on page 22) (PDF format).  The slides are available here (in PDF format).

Professors R.J. Berry (Genetics, UCL) and M.A. Jeeves (Neuropsychology, St Andrews) have a paper on this topic with the title, “The nature of human nature” in the journal Science & Christian Belief 20, 3-47 (April 2008). The abstract is available here.