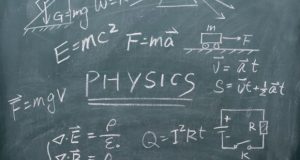 Is this universe just right for carbon-based life because God makes it so or because it is one of many universes with diverse combinations of the fundamental constants of physics?

Revd Dr Rodney Holder is a maths graduate with a DPhil in astrophysics. After 14 years in OR consulting, he gained a first in theology and entered the Anglican ministry. He is now Course Director of the Faraday Institute for Science and Religion in Cambridge. His paper analyses the ‘multiverse’ hypothesis and exposes its many problems. Is the universe designed?

Revd Dr John Polkinghorne KBE FRS has been Professor of Mathematical Physics at Cambridge University, ordained to the Anglican ministry and President of Queen’s College, Cambridge. He has written many books on issues in science and theology, including from his Gifford Lectures. This paper of his for the Faraday Institute treats ‘multiverses’ and ‘fine-tuning’ as rival meta-scientific approaches. The Anthropic Principle