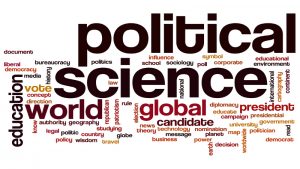 Divine guidance of a national leader

The passages below are quoted from pages 223-226 of the book Lincoln by Richard J. Carwardine (2003) in the series Profiles in Power published by Pearson / Longman, London UK – the first purely political biography of the Civil War President of the United States..

“… Belief in the operations of providence, as several historians have emphasized, played a large part in Lincoln’s thinking throughout his life. … As war president, however, he discovered … ‘providence’ now became an active and more personal God, an intrusively judgmental figure, more mysterious and less predictable than the ruling force it superseded.

“… A clear sign of the change came with Lincoln’s proclamation for a national day of fasting and prayer, after the defeat [of the Union forces] at Bull Run, in which he confessed private and national sins, acknowledged a justly vengeful God [for complicity of the North in slavery] and prayed for his intervention in support of Union arms.

“When … urged that only by striking against slavery would the Union open the door to divine assistance, Lincoln replied, ‘… suppose God is against us in our view on the subject of slavery in this country, and our method of dealing with it?’

” ‘In great contests each party claims to act in accordance with the will of God’, Lincoln wrote [in a personal memorandum after another disastrous defeat]. ‘Both may be, and one must be wrong. … In the present civil war it is quite possible that God’s purpose is something different from the purpose of either party …. I am almost ready to say that this is probably true – that God wills this contest, and wills that it shall not end yet.’

“[Lincoln] began to use the possessive pronoun – ‘responsibility to my God’, ‘promise to my Maker’… Yet at the same time, as he tried to discern God’s wishes in the ‘signs of the times’, he showed much more humility than did most Protestant preachers. As he said rather testily to the delegation from the Chicago churches, religious men who were ‘equally certain that they represent the Divine will’ had badgered him with opposite demands. ‘I hope that it will not be irreverent for me to say that if it is probable that God would reveal his will to others, on a point so connected with my duty, it might be supposed he would reveal it directly to me; for…it is my earnest desire to know the will of Providence in this matter. And if I can learn what it is I will do it!’ But since he could expect no miracles or direct revelation, he had to use the means available to him: observation and rational analysis. ‘I must study the plain facts of the case, ascertain what is possible and learn what appears to be wise and right.’

“… [At a] landmark cabinet meeting …, Lincoln explained how he had vowed ahead of [the battle at] Antietam that he would interpret victory as ‘an indication of Divine will, and that it was his duty to move forward in the cause of emancipation’: not he, but ‘God had decided this question in favour of the slaves’.

” ‘I can only trust in God I have made no mistakes’, Lincoln told a crowd of well-wishers.”